February 1 — April 12, Pavilion in the courtyard of the Bottle House

The video work Woldgate Woods, Winter, 2010 demonstrates the artist's fascination with modern media and technology. The snow-covered forest in East Yorkshire, where the artist spent his childhood, was filmed using nine cameras to achieve what the author calls a Cubist film. The resulting digital video is presented on nine screens, allowing the viewer to simultaneously observe the changing parts in one visual space. 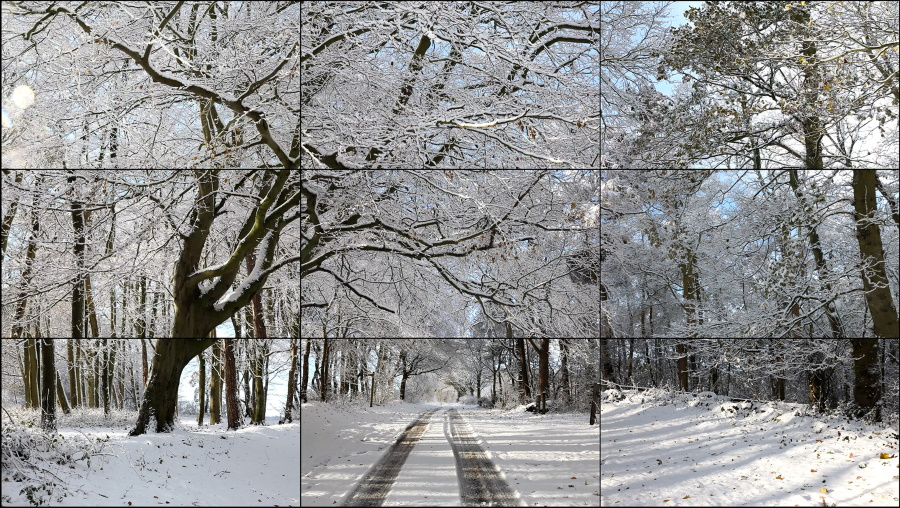 You see every tree individually approaching, and then they gracefully exit stage right and stage left, swirling away, — as Hockney describes it. Using nine cameras overcomes quite a few of the differences between how a human eye sees and how a camera sees.

The landscape of Woldgate Woods is an important theme in Hockney's paintings, and this video in particular is part of his ongoing exploration of the time, landscape and memory associated with this place. Capturing the movement of the image, the artist achieves the desired effect — a visible sense of change in time and space.

The artwork consists of 9 digital videos synchronized and presented on 9 monitors to comprise a single artwork. Duration 49 minutes. 206×362 cm.

David Hockney (born 1937) is a British artist, graphic artist and photographer. He is one of the key representatives of pop art and one of the most influential artists of the 20th century. His work spans several decades some of which he spent in the United States. Hockney's works are in the collections of Tate Modern, the Metropolitan Museum of Art, the Pompidou Centre, LACMA, MoMA and other museums around the world.

Hockney was influenced by the art of modernism, especially Cubism and Expressionism but for half a century his visual language has been constantly changing, while maintaining individuality. Hockney's mass fame was brought by a series of works with images of the pools of Los Angeles which became the main motif of his work of the 1960s-1970s. Hockney's Tate retrospective was the most popular exhibition in the gallery's history and the most visited exhibition by a living artist. 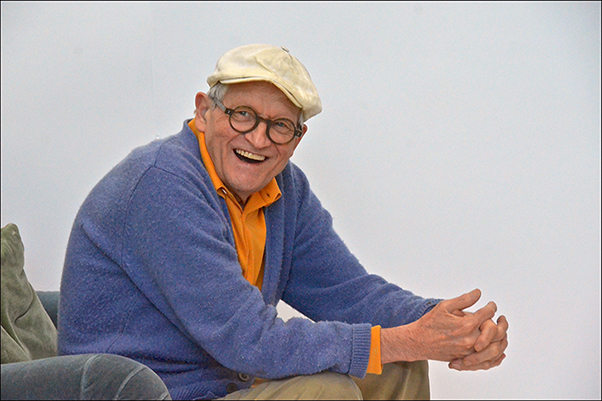 Hockney, in his own words, stays loyal to painting but continuously experiments with various techniques: he was working with prints and photo collages, in the mid-80s he bought one of the very first colour photocopiers, which he used for drawings. In addition, he designed the sets for theatrical productions — he collaborated with London's Royal Court Theatre and the New York Metropolitan Opera. Hockney always keeps his finger on the pulse of technology: today, in addition to traditional paintings, he creates drawings on iPhone and iPad, video installations, while remaining devoted to his love of bright colours and bold compositions.

David Hockney at the Royal Academy of Arts

Based on two high-profile exhibitions by David Hockney, organised by the Royal Academy of Arts in 2012 and 2016, and based on a series of candid and insightful interviews with the artist himself, director Phil Grabsky, a specialist in world art culture,  (Vincent Van Gogh: A New Look, I, Claude Monet) creates a cinematic portrait of one of the greatest masters of the 21st century.

For the first time, David Hockney allowed access to his personal photo and video archives, making it possible to create a sincere and unique diary of his long-standing creative life. A recognised master of documentary film Randall Wright offers the viewer a look at the unusual works of the artist, who today has reached a new peak of worldwide popularity.

The film is shown in English with Russian subtitles. Admission is free. The number of seats is limited, pre-registration will open later.

The screening is organised with the support of the Cultural and Education Section of the British Embassy in Moscow. 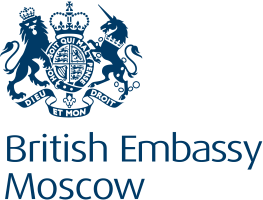 Irina Kulik is an art critic, cultural scientist, Ph.D., lecturer at the Institute of Contemporary Art, and author of numerous publications on contemporary art, film and music.

Admission is free. Number of seats is limited, pre-registration will open later.