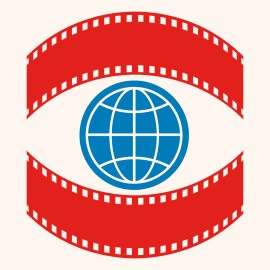 New Holland: cultural urbanization announces the launch of the New Holland Island International Debut Film Festival. The programme from the inaugural competition will be screened in 2020, and from 26 to 28 July this year a preview for the festival will be held on New Holland Island. The festival’s president is Alexandr Rodnyansky, its programme director is Alexey Artamonov, and it has been organised by the New Holland: cultural urbanization project.

The New Holland Island International Debut Film Festival represents a platform for courageous filmmakers who aim to open up new frontiers and push the envelope of established formats. The festival’s mission is to support original and distinctive statements from film directors, and to bring new names into the global context. The festival programme will consist of international competitions for feature length and short films, with the feature length competition devoted to fiction, and the short films section focusing on documentary, experimental and fiction, with all works assessed by the international jury on equal terms, regardless of genre.

This year, the festival’s three-day preview programme will feature premiers of both Russian and international films, discussion sessions with filmmakers, a presentation of video art by young directors, lectures by teachers from leading film schools, and a roundtable session on the theme of the issues facing debut films in Russia.

The 2019 preview programme will include the Russia premier of the film The Souvenir by Joanna Hogg, winner of the 2019 Sundance Film Festival World Cinema Dramatic Grand Jury Prize, the Russian premier of the 2018 Cannes Film Festival Un Certain Regard category entry Long Day’s Journey into Night (Di Qiu Zui Hou De Ye Wan) by Bi Gan, Locarno Film Festival laureate for Best First Feature Film, and the Saint Petersburg premier of A Russian Youth (Malchik russkiy) by Alexandr Zolotukhin, graduate of the Alexandr Sokurov workshop in Karbardino-Balkaria. The programme will also feature the Saint Petersburg premiers of Give Me Liberty by Kirill Mikhanovsky, a work which received a warm reception at the Sundance Film Festival and was screened as part of Director’s Fortnight during this year’s Cannes Film Festival, and Fire Will Come (O Que Arde) by Oliver Laxe, winner of the Jury Prize in the Cannes 2019 Un Certain Regard category. Both directors will be present at the screenings to answer questions from the audience. Kirill Mikhanovsky will also hold a masterclass at the festival, as will Kantemir Balagov, who will show his working material for the film Beanpole (Dylda) and give a talk on how the film evolved and changed during the various stages of the production process.

Additional material for press can be found at the link.

The realities, prospects and problems of debut films in Russia (The Pavilion)

Films from the Moscow Film School (The Pavilion)

Films from the Marina Razbezhkina School + Q&A (The Pavilion)

Entry to all events is free of charge, by advance booking only. Places are limited.