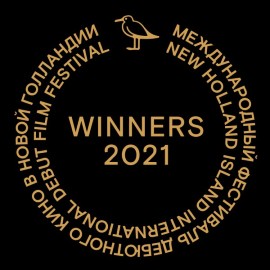 The II New Holland Island International Debut Film Festival took place from 6 to 13 October 2021. The films on the competition programme, the jury’s films and five out-of-competition programmes were screened at three venues: Assembly Hall at House 12 on New Holland Island, the Rodina Cinema Center and House of Cinema. The festival winners were selected by the international jury. Another highlight of the closing ceremony was the announcement of the winners of the KINOLABORATORIA project, which was launched with the support of Hennessy Perspectives.

The Girl and the Spider, Ramon Zürcher and Silvan Zürcher

Ekaterina Selenkina’s Detours was named the best Russian film of the festival by the national jury. Alexandra Karelina and Ivan Yakushev’s Bobok received a Special Mention.

The short film competition was judged by film critic, editor-in-chief of the film section of Colta.ru and senior editor at KinoPoisk Vasily Koretsky, video artist, director and laureate of many international exhibitions and film festivals Maya Schweizer, and creator of experimental films, artist and humanities researcher Masha Godovannaya.

Guests at the closing ceremony, which was organised in partnership with the Hennessy Perspectives programme for contemporary Russian cinema, were able to watch The Pool, a video work by Russian artist Polina Kanis which won the Sergey Kuryokhin Award for Contemporary Art in the Media Object category in 2016. Guests at the dinner included Roman Abramovich, Alexander Rodnyansky, Sergey Kapkov, Kantemir Balagov, Yuliya Snigir, Renata Litvinova, Rezo Gigineishvili, Alexander Kuznetsov, Aglaya Tarasova, Alisa Khazanova, Matilda Shnurova and Ksenia Tarakanova. Podpisnie Izdaniya opened a pop-up bookshop shop in the Assembly Hall foyer with a selection of books and journals on cinema.