You are (on) an island by Alicia Eggert

You are (on) an island is a neon sign created by Alicia Eggert & Mike Fleming. The play on words is emphasized with a dynamic and a simple message acquires additional and contradictory meanings. he island you find yourself on may be geographical, metaphorical, political, or ideological. By constantly flipping between these two statements, “You are an island” and “You are (on) an island” prods you to think both inside and outside of yourself, inviting you to marvel at the world you inhabit and the role you play in it.

You are (on) an island was originally created for The Sacred and Profane art festival on Peaks Island, Maine. Since then, it has been exhibited at Sculpture By the Sea in Sydney, Australia, the Malta Arts Festival in Birgu, Malta, the DUMBO Arts Festival in Brooklyn, New York, and PULSE Art Fair in Miami, Florida. It has also been presented as a mobile sign, mounted on the back of a flatbed truck and powered by a generator. It was taken on a “guerrilla sculpture tour” of the UK in early 2013. Special version of the installation, enlarged and adapted for installing on the roof, will be shown at New Holland Island.

The artwork will be seen on the roof of the House 12.

Alicia Eggert (b. 1981) is an interdisciplinary artist whose work focuses on the relationship between language, image and time. Alicia’s work has been exhibited at notable institutions nationally and internationally, including the CAFA Art Museum in Beijing, the Triennale Design Museum in Milan, the Amsterdam Light Festival, the International Symposium on Electronic Art (ISEA2012) at the Albuquerque Museum of Art and History, Sculpture By the Sea in Sydney, Australia, and many more. Alicia is the recipient of numerous honors and awards, including a TED Fellowship, a Washington Award from the S&R Foundation, a Direct Artist Grant from the Harpo Foundation and Grand Prize in the Dave Bown Projects Competition. 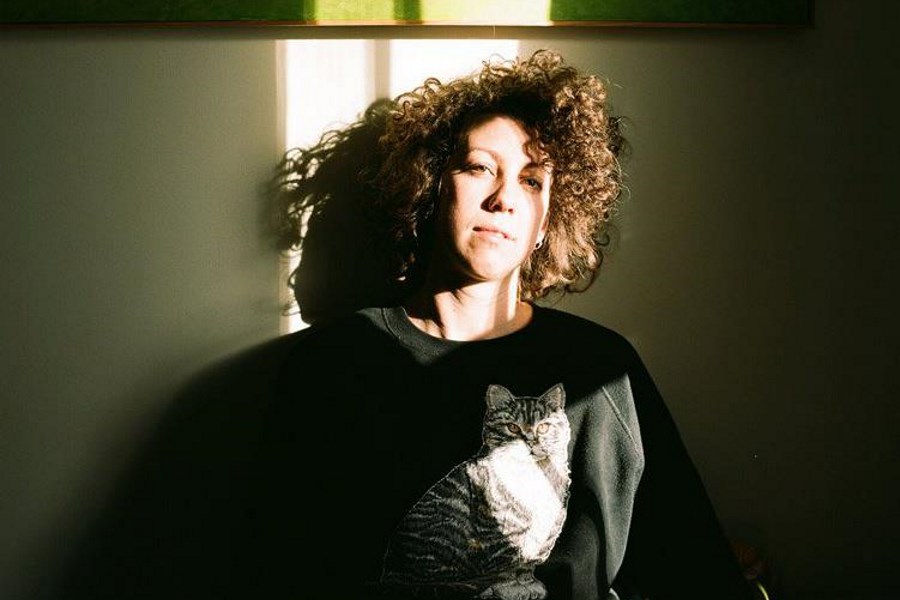 Alicia Eggert about her work

Although I consider myself a sculptor, my primary concern is actually with the fourth dimension, Time. The motivation behind most of my work is a sincere desire to understand the linear, finite and fleeting nature of human life within a cyclical and seemingly infinite universe. I am especially interested in the unique ways different people experience time personally, culturally, and geographically.

We as individuals are all like islands, isolated from other human beings in both our bodies and our minds. The islands we find ourselves on may be geographical, but they also may be political or ideological. As a contemporary artist, my work is anchored in the social and political environment of the current time, which feels more divisive than ever. Thankfully, art is a language for conveying emotions and deeper, often incommunicable ideas related to being. My hope is to make art that helps us generate a sense of empathy and understanding for people who are on islands that are different from our own.