1900
The first models of the Delfin submarine are tested

1915
The Navy General Staff operates the most powerful radio station in Russia, ‘New Holland’ from the Island

1930
The water tank is modernized and extended by 27 meters

A fire at the turn of the 20th century seriously damaged the island’s storage facilities, but soon the system was rebuilt, this time reinforced by metal constructions. Under the direction of the famed shipbuilder Krylov, the water tank was used to test prototypes of battleships, frigates and the first Russian submarines.

At the beginning of the century, the territory of New Holland was also the site of a radio station, whose signal was strong enough to reach the fleets in the Baltic and Black seas. This radio station would go on to play a critical role as the site of Lenin’s famous broadcast of 1917, announcing that the revolution had begun.

New Holland was heavily damaged from artillery fire during World War II. What survived the bombings fell into decay by the end of the century. In 1977, architect Veniamin Fabritsky first ventured the idea of converting this architectural monument into a cultural center. His plan would be put into play only in the first decade of the next century.

The First Years of the 20th Century

From the age of Peter the Great, the New Holland island was considered isolated and protected – which was the very reason why it was used for lumber storage: the surrounding water kept out the notorious Petersburg fires. The fortress-like walls, however, offered no protection from fires that broke out on the island itself, however, which is precisely what happened at the beginning of the 20th century. The fire was so enormous that it threatened all the surrounding areas. It destroyed all the complexes along the Kryukov and Admiralteysky canals, damaged the water tank and decimated many of the smaller wooden buildings. By 1902, the cause of the fire had also been eradicated: the barracks were fitted with new metal constructions.

On January 3, 1900, the renowned Russian shipbuilder and founder of ship theory, Aleksey Nikolaevich Krylov was appointed as the director of the experimental water tank on New Holland. Under his leadership, the tank became the preeminent laboratory for testing out prototypes of new ships. Krylov developed the principles and methods of the tank’s activity, contributing some innovative devices and methods for measurement and filling the facility with a full-fledged research center, including a chemistry lab as well as bays for mechanics and electronics. The water tank became the cradle of the Russian fleet. It was there that they tested the first prototypes for the country’s first submarine, the Delphin and models for the first linear icebreaker, the Ermak, as well as working out a salvage plan for the banked battleship the Admiral-General Apraksin.

From 1910 until 1914, the water tank played an active role in the development of practically every model of ship or submarine, including the battleships Sevastopol and Empress Maria, cruisers like Izmail, destroyers like Novik, submarines like Bars, as well as the seaplanes, first invented in Russia.

Thanks to the activities of the water tank, the new ships ensured that the Russian fleet was one of the most advanced and technically sophisticated in the world, a fact that would play a major role in shaping the military history of the 20th century.

In 1915, the island of New Holland became host to a radio station, whose transmission signals were able to provide continuous communication with ships as far away as the Baltic and Black Seas. Constructed according to plans by B.A. Grinchuk-Lukashevich, the three-storied building was erected on the side of the Kryukov canal on a site originally designated for the columns for the island’s second arch.

It was from this very radio station that Vladimir Lenin broadcast his famous missive “to all regiments, to all divisions, to all corpuses, all committees, army and otherwise, to all soldiers and sailors,” announcing the start of the revolution. This century-shattering broadcast aired on November 9, 1917. The station’s left-leaning employees continued to play a substantial role in the revolutionary years, broadcasting reports from the 2nd All Russian Congress, appeals from the provisional government, and telegrams from Lenin. During the days of the Kerensky-Krasnov mutiny, the New Holland radio station carried out an on-air battle with the station at Tsarkoe Selo, which served as a stronghold for the White Guard.

By the 1930s, the water tank was once more up and running at full capacity. It even spawned a research institute for military ships. The tank itself was modernized and extended by 27 meters, after which it hosted tests for patrol ships like Hurricane and submarines like the Decembrist and Schuka, among many other models.

The Admiralty side of the island – now renamed Krushtein, in the spirit of the revolution – gained several new production facilities.

During World War II and the infamous blockade of Leningrad, New Holland was seriously damaged by artillery fire; the island was hit by more than seventy shellings and more than ten bombings. The warehouses along the Moika river and the Kryukov canal suffered heavily, as did the water tank and the radio station.

In the 20th century, New Holland elicited the interest of a wave of historians, artists and art historians, reminding the greater public of the island’s significance within the recent cultural history. After 1917, New Holland earned a place on the list of state-protected historical monuments, prompting St Petersburg historians to retrace its history, compiling information on the island’s architecture.

Another wave of interest in New Holland rose at the end of the 20th century. The stimulus for this was a proposal by architect Veniamin Fabritsky and Galina Kovaleva, which laid out plans to convert New Holland into a cultural center.

At the same time, Fabritsky developed a plan for the preservation and development of the unique territory.

The reconstruction of New Holland is a massive endeavour which has been passed around from one company to the next, but each new architectural vision eventually fell to the dramatic events of the end of the 20th century: the change of power, the White House coup, the depression on 1998. 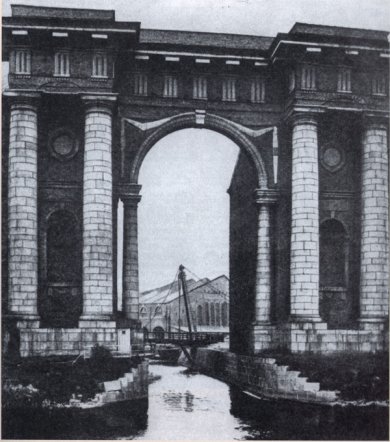 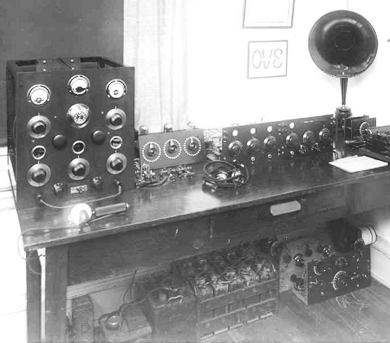 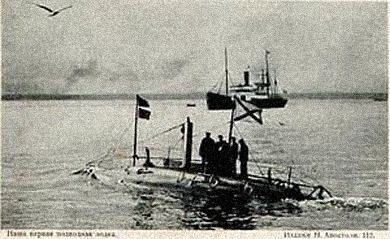 Testing of the first Russian submarine the Delphin 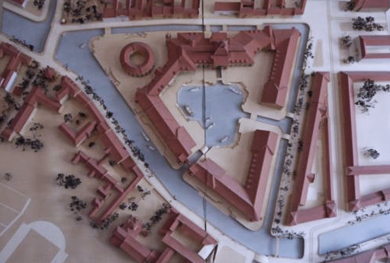