2004
New Holland is handed to the administration of the city

2014
June. West 8 designs a project for restoration of the island

2016
August. Opening of the park and the first step of restoration. New Holland starts to operate year-round

2016
December. Opening of the Foundry, which hosts Kyznya House restaurant and Volkonsky DELI

2017
July. Opening of the Bottle House which hosts projects in the fields of design, fashion, gastronomy, beauty and active recreation

2020
July. Opening of the House 12 with restaurants Cococouture and Cococo bistro by Matilda Shnurova already in operation.

The reconstruction of New Holland is a massive endeavour which has been passed around from one company to the next, but each new architectural vision eventually fell to the dramatic events of the end of the 20th century: the change of power, the White House coup, the depression on 1998. Some of the buildings including the water tank were destroyed.

In 2004, the island was no longer under the control of the navy. In 2006, a competition was held for the reconstruction of New Holland; the winners were Shalva Chigirinsky and Igor Kesaev, of CT Company, who promptly commissioned the architectural bureau of Norman Foster to create a mixed- use complex, which would include theaters, conference halls, galleries, hotels and restaurants. Despite best intentions, this plan was never realized. In 2010, a new competition was held, and the reconstruction of New Holland was awarded to Millhouse. The island finally opened for public in July 2011 — for the first time since the times of Peter the Great.

The project’s investor has set itself the task of not only restoring a monument of industrial architecture, but also to rethink its role in the city, transforming what was once an industrial object into a multi-use cultural complex, which can attract visitors from all over the world. According to WorkAC bureau concept, New Holland will become «a city in the city». Cultural centers, theatres, museums, exhibition halls, schools and scientific labs will work on the island. Each of them will be supported by complex commercial infrastructure including offices, residences and hotels.

Along with working on the final project of the island’s development Iris New Holland launched an experimental cultural and social program in the city. The territory of New Holland free from historical buildings was transformed into a public park with different kind of activities. Among them: public art, open studios for children, sport events, concerts and more. During the opening period of the summer project in 2011-2013 the space of the park attracted more than 700 000 people and hosted more than 1200 different events.

The success of the Summer at New Holland program, held from 2011 to 2013, demonstrated the necessity for creating a park area and recreational infrastructure on the island. In light of this, plans to build along the Admiralteysky Canal side of the island have been scrapped. The former foundry building and the pond will open along with the park area, hosting a series of cultural events and a winter ice skating rink. Work on the remainder of New Holland’s historic buildings will continue, but the island will remain open to the public.

As a result of these changes in concept and the expansion of the area dedicated to the new park, Millhouse LLC has retained Dutch urban planning firm West 8, which specializes in landscape design and public spaces to build upon the master plan successfully completed by WorkAC.

There are no plans to construct any new buildings on the Island.

In August 2016, the first phase of restoration came to completion. The park zone of New Holland was open to the public and the island started to operate year-round.

In November 2018, the architectural ensemble of New Holland Island received the Bernhard Remmers Academy award from the European Institute for the Conservation and Maintenance of Historic Buildings in the category Best International Project. The jury panel declared St Petersburg's New Holland the best among international urbanistic projects for its “outstanding investor engagement, close cooperation of all project stakeholders, and restoration work to an architectural heritage site.” 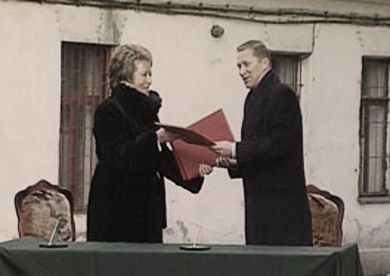 Placing New Holland under administration of the city 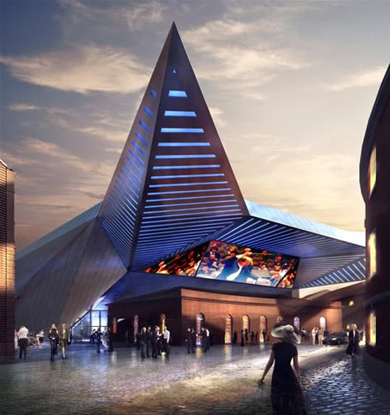 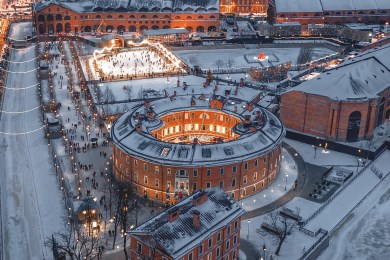 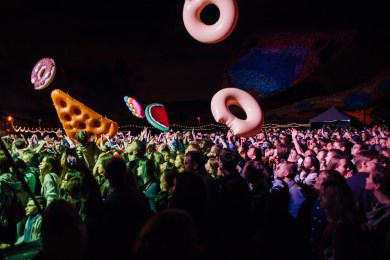