The MIEFF film festival showcases the productions of cinematographers and video-artists working on the boundary between artistic practices. MIEFF sets out to facilitate the development of experimental film-making as a collaborative space between cinematographers, music, theatre and contemporary art.

On 5 August visitors to New Holland will have the opportunity to see selected pieces from the festival’s competition programme, and on 6 August the Leningrad-born artist and director Anton Ginzburg, St Petersburg University Alumnus and last year’s MIEFF winner, who is also participating in this year’s competition, will present two of his works, Turo and Hyperborea.


On generation and corruption

The film Turo (Tower in Esperanto) examines the collapse of universalism. Modernism is explored as an attempt to construct a modern-day Tower of Babel, which today exists merely as an archive of fragments and ruins. The film is split into four parts, each of which focuses on a specific edifice of constructivism (Melnikov House, Narkomfin, the ZIL Factory) and its subsequent dismantling. In analyzing a range of methods of the construction of form and shape, the film’s structure combines cinematic narrative with video-gaming and digital abstraction.

Taking the numerous myths and legends of Hyperborea as his starting point, the artist determines to discover this mystical land and sets out due north, using sources drawn from contemporary news, mythology and literature. The expedition’s route stretches out through the forests of the American pacific north-west, to St Petersburg with its crumbling palaces and the first zoological museum in Russia, and ends up on the shores of the White Sea on the site of the Gulag. A cloud of red smoke is the author’s constant companion on his journey through American and post-Soviet landscapes of primordial forests, mammoth remains and architectural ruins.

MIEFF is an international platform for culture and education whose principal aims are the study, promotion and support for contemporary cinematic and video art forms, and the festival is endeavouring to become the basis for the development of experimental film-making in Russia. Held annually, MIEFF showcases the diversity of contemporary cinematic strategies which step beyond the bounds of the classical film aesthetic.

The inaugural MIEFF festival for experimental cinema took place in Summer 2016 in Moscow’s Trekhgornaya Manufaktura, with 54 competition entries from 18 countries around the world. The festival's programme included works by Russian artists (Pavel Pepperstein, Polina Kanis and Evgeny Granilshchikov), performance artists from the Dmitry Brusnikin Workshop and musicians from the New Academic Stage directed by Kirill Shirokov. 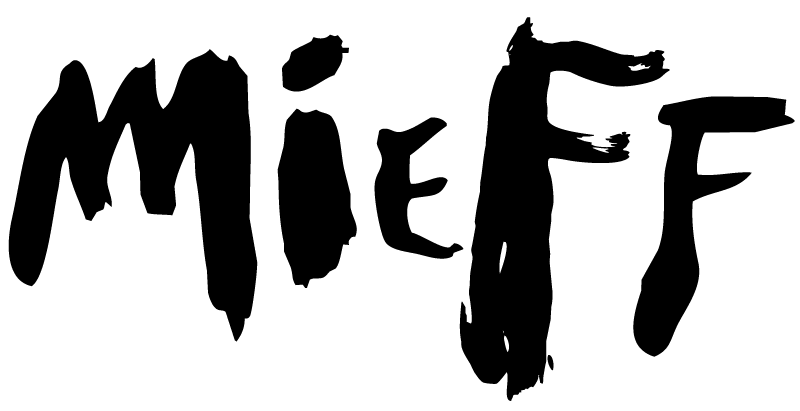