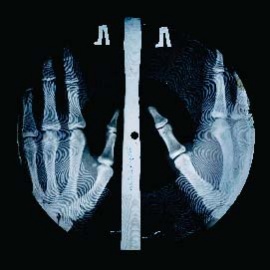 Bone Music is an exhibition examining a unique episode in postwar Soviet history. From the late 1940s to the early 1960s, inventive Soviet music lovers made illegal copies of banned music on used film. Their recordings were not limited to Western jazz and rock-n-roll, but also featured Russian émigré music, as well as popular prison and gypsy songs. Putting their freedom at risk, Soviet bootleggers brought some of the hits of the era to a broader Soviet audience and added an exciting chapter to the history of samizdat. Their craft died out in the mid-1960s with the introduction of reel-to-reel recorders, but left a legacy of sonically and visually unique artifacts.

The exhibition on New Holland island presents research by the Audio project (London). Along with the original recordings on  film, visitors will hear the stories of people who made, distributed and played them. The installation features ephemera of the period immersing the audience in an atmosphere where underground technology, forbidden culture, recycling, Cold War politics, and human ingenuity intersect. It reveals the unintentional beauty of the rare “bone music” disks and accentuates the accidental aesthetics of these artifacts of clandestine production, born out of necessity.

“The project is a labor of love researched over many years, an archive of samizdat creativity, cultural resistance, daring entrepreneurialism. It uses forensic snapshots of physical bodies in order to shed light on a spellbindingly obscure subgenre of discography, and as a portal into a little-known but imaginatively intoxicating chapter in postwar communist history.” (Sukhdev Sandhu, Professor of English, Social and Cultural Analysis, New York University)

“They are images of pain and damage inscribed with the sound of forbidden pleasure; fragile photographs of the interiors of Soviet citizens layered with the ghostly music they secretly loved, they are skin-thin slivers of DIY punk protest; they are ‘Roentgenizdat’. In a culture where the recording industry was completely controlled by the state, music lovers discovered an extraordinary alternative means of reproduction.” (Stephen Coates, curator of Bone Music)

Bone Music is curated by  Audio (Stephen Coates and Paul Heartfield, London). Bone Music has been produced with the support of Garage Museum of Contemporary Art.