Kick-Off of the Summer Concert Season on New Holland 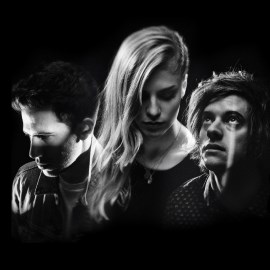 New Holland is proud to announce that seasonal landscaping work on the park has been completed, which means, starting July 1, visitors to the island will be able to make the most of the large green lawn stretching out in front of the stage pavilion. The grass will now be open for general relaxing, playing sports or listening to music. The Island’s concert season will kick-off with the rock group, Artemiev, marking the release of their new album, Kanum kontsa nachala [The Eve of the Beginning’s End]

Other featured headliners of the summer musical season on New Holland include the British trio, London Grammar (July 20), the American band Digable Planets (August 4) and Norwegian singer-songwriter Ane Brun (August 23). All three of these concerts take place as part of Mosaic Music, a series of musical events co-organized with the Garage Museum of Contemporary Art. The program brings together both Russian and international artists and musicians, whose works draw on the development of music in the second half of the 20th century, while using sound to form an understanding of what it means to be contemporary.

The stage at New Holland will also feature performances by the Rostov-based band Motorama (July 14), jazz ensemble 1/2 Orchestra (July 22), IDM-group SBPCh (August 1), Petersburg quintet Pinkshinyultrablast (August 18), modern composers from the Moscow Ensemble of Contemporary Music (August 25), as well as nearly a dozen other acts. Additionally, the rock group Megapolis and the electronic music specialists, will perform at the charity festival for Anton’s Right Here (September 2), and the Early Music Festival of Baroque Music will present a series of special concerts for New Holland.

Beyond these headliners, the courtyard of The Bottle will host chamber performances of artists from a wide variety of genres. These concerts will be announced separately.