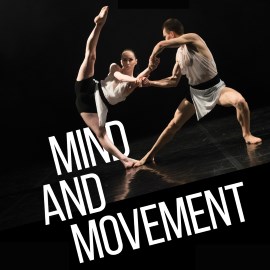 On 25 August in “The Bottle” courtyard the Mind and Movement will host a gala concert for the Context festival of contemporary choreography created by Diana Vishneva in partnership with the Studio Wayne McGregor dance company. During the concert, a total of seven dance premiers will be performed — new arrangements by young Russian choreographers, created using the innovative methods of Wayne McGregor, one of today’s leading choreographers and directors. The evening will take place in “The Bottle” courtyard and will mark the culmination of a major educational project aimed at choreographers across Russia organized by the Studio Wayne McGregor dance company. In Autumn 2017, successful applicants took part in an intensive two-day Mind and Movement technique masterclass, after which they were awarded a grant to create and stage their own arrangement in their home towns, with the chance to take it on tour to London.

Mind and Movement is a truly unique educational programme developed by Wayne McGregor over decades of joint research with cognitive scientists. As a result of this revolutionary research, a new methodology of choreography was created, which enables the dancer to be aware and in control of the natural movements bestowed by nature, and so to realize their full creative potential and develop their own style of choreography.

On the evening at New Holland, the lucky winner who will receive an apprenticeship at London’s Studio Wayne McGregor will be chosen.