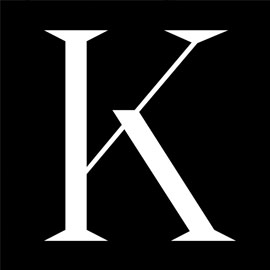 In May 2018, the team at Kuznya House will be joined by brand chef Glen Ballis, who has developed a new concept for the menu, with an emphasis on local and seasonal produce. Working alongside Ballis will be the promising young chef Ruslan Zakirov (Dvor Dzen, Kreutz Flat, Polet Café.) In the near future, visitors will also see updated menus at Volkonsky DELI and the street bar and grill.

“For me, Kuznya House is like an uncut diamond,” Ballis explains. “It has an enormous potential, but its form has yet to be defined. My task is to hone the style of the restaurant and build the team who can help support it. There are four basic principles that I want to bring to Kuznya House: discipline, creativity, fun, and a focus on quality produce. I love simple food with a twist. The main thing is to find the ‘essence’ of the restaurant and then find ways to improve upon it.”

Born in Australia, upon finishing culinary school, Glen Ballis worked eight years in his home country before moving to Southeast Asia, where he spent the next twenty years. Afterwards, he moved on to London, and then Moscow, where he worked as a chef at Nedalny Vostok before partnering with the Novikov Group to develop the restaurants Roni, Mr Lee, Mendeleev Bar and Lucky Noodles. Ballis later joined forces with Alexander Oganezov to open the restaurants Glenuill, Cutfish and Remy’s Kitchen, which hold the title for the most delicious and stylish restaurants in the capital. In addition to these ventures, Ballis owns three restaurants in Singapore, which are managed by his son.

The investor for Kuznya House and Volkonsky DELI is Alexandre Garese.

The new menu, including photographs of select dishes, can be found in the attached materials.