THE SEASON OPENING OF THE ICE RINK ON NEW HOLLAND ISLAND 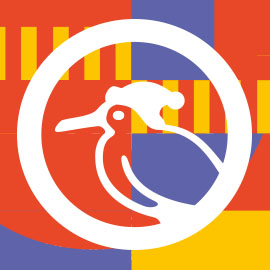 On 17 November 2018 the main ice rink on New Holland Island will be open once again. On opening day a special program will be organised during which all visitors will have the chance to be part of a theatrical performance featuring young actors. In the evening, the group “Samoe Bol’shoe Prostoe Chislo” (“Highest Prime Number”) will take to the main stage and perform their program “Concert with an Open Mouth”. Formed in St Petersburg in 2006, and releasing their debut album a year later, “SBPC” have been among the leading lights of the Russian independent music scene (whether that be IDM, hip-hop or indie rock) ever since, garnering prestigious awards and continuing to experiment with their sound. The group has released a total of eight successful studio albums and has been the recipient of a number of prestigious music industry awards.

The scenography for the special programme and concert has been put together by a close friend of the group, theatre director Oleg Glushkov, who is well known to audiences for the shows he puts on both at leading Russian theatres and on stages in Europe.

Throughout the day, visitors to the ice rink will be treated to New Holland’s own-brand ice-cream in the form of wafer cornets or sugar-cones.

The “SBPC” concert will take place over an hour and a half from 8pm to 9:30pm. Tickets are priced at 700 roubles. Admission to the concert is free.

For more information on the opening program, rates or the rules for the ice rink at New Holland, please check the site.