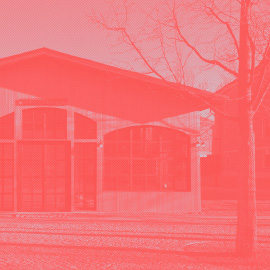 Starting May 10, the Pavilion on New Holland Island will host Lecture Hall, a series of regular educational programs, spanning six different areas of interest: from lectures in the social sciences, in collaboration with the Higher School of Economics in St Petersburg; to architecture-related offerings, in collaboration with the magazine Project Baltia; a film program; lessons in urban gardening from the organization, Dacha in the City; as well as a series of public talks on contemporary art and a literary club.

Lecture Hall was formulated to help bring high quality educational initiatives to a wider audience. The topics for the lectures have been specially selected to appeal to a broad range of ages and demographics. The lectures in this particular program will run on the island until October. Admission to the lectures is free of charge. For more information, including a schedule, please refer to this page.

Please note that due to weather conditions, the landscaping work on the island has been delayed. The children’s playground, herb garden and lawn will remain closed until the weather warms up. Beginning May 1, the park will switch to operating on its summer hours, opening daily at 9:00 am.

PROGRAM FOR THE LECTURE HALL

As part of the program, Hidden, film critics and film historians will showcase important films that have, for whatever reasons, remained in the shadows of the official canon, explaining their significance and what makes them extraordinary. But Hidden isn’t limited to the marginal, the forgotten or lost. It also explores the underbelly of films we thought we knew. By choice, the guests of these lectures on films will attempt to uncover these contradictions, leading us down into the depths of the human psyche and political systems, past and present. The speakers of this particular program include: Mikhail Ratgauz, Boris Nelepo, Vasily Koretsky, Mikhail Trofimenkov and many others, including one of Great Britain’s most preeminent film critics, Neil Young, and the renowned German media theorist Thomas Elsaesser. All of the films will be screened with subtitles.

The Higher School of Economics has prepared a series of multidisciplinary lectures that seek to offer the general public a fresh perspective on the social phenomena and processes that we encounter every day. Leading Russian and international social scientists will use non-intuitive examples and innovative methods to show the audience just how the world in which we are living is changing before our very eyes. The speakers will present new readings on everyday phenomena, sharing recent research findings from the last 2-3 years, as well as their own personal methodologies. Each lecture offers its own introduction to the social sciences. The course is divided into three thematic blocks: Everyday Life, Culture and Big Data and New Technologies.

The lectures in the cycle, Space, Time, Architecture, delve into the history and contemporaneity of cities. Space and time – the main measures of human existence – calcify within the urban scenery. It is no secret that today the majority of the Earth’s population lives in cities. The program focuses its attention on one city in particular – St Petersburg, the most European city in Russia – but it is not limited to this locale. The audience will also learn about the formation of the wondrous and sometimes strange fragments of the urban fabric of Moscow, as well as other European and global megapolises. Other speakers will touch on the problems of heritage preservation, among some of the most pressing questions in the current sphere of contemporary design. Historians, practicing architects, artists and other specialists will all weigh in on what’s old and what’s new in the faces of the cities.

For those interested in contemporary non-fiction, this series of gatherings will offer lectures on literary theory, book launches, and readings by authors. Each of the invited speakers is connected in some way to St Petersburg or to the literary traditions associated with the city. In keeping, one of the program’s thematic motifs will be reading the city like a text, deciphering its images and cast of characters as they appear within creative writing and research texts. Among the participants are representatives from the local literary scene, as well as authors whose creative and research interests are connected with a rethinking of the Petersburg text, its history and mythology, including: Alexander Ilyanen, Alexander Skidan, Pavel Pepperstein, Alexandra Petrova, Lev Danilkin, Alexey Konakov, and many others.


Lecture Series on Contemporary Art, On the Borders of Art
Curator: Gleb Napreenko, art critic, theorist and historian, former editor-in-chief of the online journal, Rasnoglaciya [“A Difference of Opinons”]

One of the possible methods for determining the current state of art is through negation, the relationship with what something is not. Art constantly redefines its own borders. These days it resists any definitive reading, casting doubt on guaranteed resolutions and avoiding the seemingly obvious approaches. Contemporary art is situated on the intersection of multiple faultlines, disputed territories whose disputes art either is not capable of resolving, or simply does not want to. This lecture cycle does not lay any claim to comprehensiveness or conclusiveness; rather it attempts to delineate several of art’s adjacent territories – and in doing so to show the ambiguity of what we call art. Among the speakers for this series are artists, historians and theorists of contemporary art: Gleb Napreenko, Boris Klyushnikov, Alexandra Novozhenova, Maria Silina, Dina Zhuk, Nikolay Spesivtsev, Evgeniya Abramova, Ruth Jenrbekova, Maria Vilkoviskaya, and others.

Dacha in the City is an educational initiative, dedicated to greening up apartments and balconies, urban gardening, and landscape design. This cycle of lectures will focus on the practical aspects, most interesting to city-dwellers: how to achieve the kind of cooperation between neighbors and municipal authorities necessary to make a green roof, what do you need to create a vertical garden in your living room, where is the best place to build a community garden, and what kind of plants are best for a garden on the balcony. These and other questions will be addressed by practicing landscape designers and gardeners.