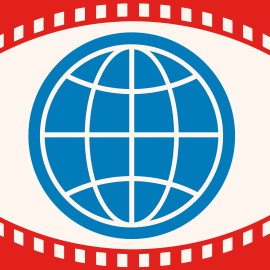 The first New Holland Island International Debut Film Festival will take place on August 2020. Due to the current epidemiological situation and a number of restrictions on holding mass events, as well as the temporary closure of St. Petersburg cinemas, all films of the competition programme, works of the jury members and some out of competition films will be shown online on the Nonfiction.film platform.

Short and feature competitions will be shown in full; the international jury will judge the programmes remotely, winners will be announced online and will receive the stated prizes.

All money raised from online screenings will be donated to the Nochlezhka charitable organisation that supports homeless people.

“The New Holland Island International Debut Film Festival was conceived as a landmark event for our 2020 programme. Last summer, we put together a team in a short space of time and gave a taste of what was to come with this year’s first fully-fledged event. The 2020 festival was supposed to be a great gathering of cinema lovers and international film industry professionals that would show and tell our Island’s diverse audience about alternative, new and marginal cinema. But life made corrections to our script too.

Cancelling events is not the way of the creators and dreamers of New Holland Island. This is why we took the decision that the festival would nonetheless go ahead. It will take place in a format that is unfamiliar to us, but will go some way to fulfilling its original objective: giving people the chance to see films that are rarely picked up by major distributors. We hope that these films will find their audience and, in the meantime, we will be starting preparations for the next festival.

New Holland International Debut Film Festival is a platform for new and daring cinema, whose mission is to support original and distinctive creative statements and inscribe new names into the international context. The festival was launched in 2019 and was marked by a large-scale three-day preview, which was attended by more than 55,000 people.

On August the main stage of the Island will host several special free screenings.

The schedule will be announced later.

As part of the feature and short competition, premiere screenings of films participating in major international festivals, such as Sundance, Locarno, Rotterdam, Berlin, Clermont-Ferrand and others will be held together with two world premieres: Sasha Voronov’s debut feature Mom, I Befriended ghosts produced by Stereotactic studio and Valentina Beck’s documentary short News from the Other World dedicated to the writer Yuri Mamleev and his wife Maria Mamleeva.

Nine films from China, Colombia, Eastern and Western Europe, Russia, Canada and the United States are participating in the feature competition, including a film shot by a native American in the Chinuk Wawa language. There are 24 films in the short competition, including documentaries, experimental and feature films. For more information about all films of the programme, please check the supplement to the press release.

Films of jury members will only be available to watch on Nonfiction.film platform on August

By clicking Buy on Nonfiction.film website, you rent a film for 48 hours and can watch it at any time during that period. Minimum rental price for one film is 100 rub. You can pay any amount, it will be automatically donated to Nochlezhka charity. While watching a film, you can start it an unlimited number of times on different devices.

The programme is subject to change.