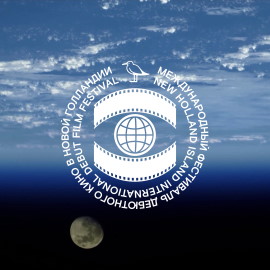 From October 6 to 13, St. Petersburg will be host to the New Holland Island International Debut Film Festival. The new Assembly Hall in House 12 at New Holland Island, the historic halls of the Rodina cinema centre, as well as the Dom Kino cinema hall will become the main venues for the Festival.

This year’s programme of the New Holland Island International Debut Film Festival consists of seven parts. The feature and short films competitions will be judged by an international jury. Five other programmes will be shown out of competition. The non-competition programmes include documentaries (How Do We Live Together), films by Russian directors (Made in Russia), slow burner horror films (Films from the Uncanny Valley), Jury Selection, and Spotlight special programme made up of premieres and festival hits. The international jury of the Festival this year will include directors, film critics, and other film industry professionals from France, Germany, Kazakhstan, and Russia.

The Festival will be opened by the Russian premiere of Futura, directors Pietro Marcello, Francesco Munzi, Alice Rohrwacher. The Festival’s competition and special programmes will be holding Russian and St. Petersburg premieres of the works by laureates and participants of film festivals in Cannes, Venice, Berlinale, Sundance and other screenings. Among them: Bloodsuckers (directed by Julian Radlmaier; Encounters Award at Berlinale 2021 and special jury prize at MIFF 2021), City Hall (directed by Frederick Wiseman ; Fair Play Cinema Award — Special Mention at the Venice Film Festival 2020), Cryptozoo (directed by Dash Shaw; Special Mention of the Generation 14 plus International Jury at Berlinale 2021; NEXT Innovator Award at Sundance 2021), The Girl and the Spider ( directors Ramon Zürcher, Silvan Zürcher; Best Director Encounters Award and FIPRESCI Prize at Berlinale 2021), What do we see when we look at the sky? (directed by Alexandre Koberidze; FIPRESCI Prize Berlinale 2021) and others, as well as the most notable films by emerging Russian directors from the programmes of the Venice Film Festival (Mom, I’m at Home by Vladimir Bitokov, Bypass Routes by Ekaterina Selenkina), and the most important European festivals of experimental and documentary films Sheffield / Doc (Summer, directed by Vadim Kostrov) and Fid Marseille (Ilyazd, directed by Stanislav Doroshenkov).

“The might of the debut film lies in the boldness of searching. Searching for new solutions, for the artists’ unique intonation, for an updated film language. Meeting these criteria remains a key selection principle for us. The programme this year has turned out to be very diverse. The winners of the Sundance, Berlinale, Rotterdam, and Venice film festivals are on equal terms with less visible, however, not less significant films. Our festival is organized according to the communicating vessels principle — the most diverse lines of cinematography are woven together to mutually enrich each other,” says Alexey Artamonov, the Programme Director of the Festival.

This year’s short film competition programme, curated by film critic Andrei Kartashov, includes 22 films. The audience can expect to see student works side by side with the films of experienced directors. For instance, Laurinas Bareisa, the author of Dummy, received the main prize of the Horizons programme at the Venice Film Festival this year for his feature debut Pilgrims while preparing for the festival. The programme also showcases works by the winners of short film contests at the Berlinale (My Uncle Tudor, directed by Olga Lucovnicova), Rotterdam (Maat Means Land, directed by Fox Maxy) and by participants in Cannes, Venice, Oberhausen, and other film festivals.

“In this programme, we tried to showcase a range of methods — from drama and observational documentary to photography and collage cinema. The geographical diversity is also quite wide, and in the year of half-closed borders, these films also turn out to be a window into the story of the Diola people in Senegal, the nightlife of Colombian Medellin, and the life of a Zhukovsky town near Moscow,” says Andrey Kartashov, the curator of the International Short Film Competition.

The screenings schedule of the II New Holland Island International Debut Film Festival is available on the website nhifilmfest.com.

The Festival is organized by the New Holland: Cultural Urbanization project team.

This year, the jury panel of the Festival was joined by Barbara Wurm, a film critic, member of the Berlinale, DOK Leipzig and the goEast festival selection committees; Adilkhan Yerzhanov, a director and screenwriter, participant of Venice and Cannes film festivals, winner of the Asia Pacific Screen Award; and Zara Abdullaeva, an art and film critic, deputy editor-in-chief of the Art cinema magazine.

The films in the short film competition will be judged by Vasily Koretsky, a film critic, chief editor of the Cinema section at Colta.ru, senior editor of KinoPoisk; Maya Schweitzer, a director and video artist, participant of numerous international exhibitions and film festicavs, and Masha Godovannaya, experimental director, artist and humanities researcher. The retrospectives of the works of abovementioned directors will be also screened at the Festival.

The Russian films in the competition programme will be judged by a national jury that includes Dmitry Frolov, a film researcher and curator of the Moscow International Experimental Film Festival (MIEFF); Maria Ignatenko, a screenwriter and director; and Sergey Kornikhin, a deputy general director and general producer of the ivi.ru online cinema.

Like last year, the Festival’s special programmes put a special emphasis on contemporary Russian cinema, where the filmmakers are exploring new methods in art. These works can be seen in both competition and non-competition programmes. The Festival will show the following films: The Farewell by director Genrikh Ignatov, Letters about the end of the world by Dina Karaman, 27a by director Daria Likhoi, a retrospective of works by video artists Anna Tsirlina and Sid Yandovka will be held.

There is also a separate section devoted to documentary films that dissect the key problems of the global world. This year the section is built around the question “How do we live together?” The programme will present the following films: Bottled Songs , directed by Chloe Galibert-Laine and Kevin B. Lee, The Great Empty, directed by Sebastian Metz, All Light, Everywhere, directed by Theo Anthony, City Hall by Frederick Wiseman, Who We Were directed by Marc Bauder, The Filmmaker’s House by Marc Isaacs, Oeconomia directed by Carmen Losmann.

A great deal of attention is paid to the most relevant genre of our time — horror.

The Films from the Sinister Valley special programme was put together by film critics Maxim Seleznev and Marat Shabaev. The programme will introduce viewers to the horror films of recent years. Among them you will see: Tin Can, directed by Seth A. Smith, The Scary of Sixty-First, directed by Dasha Nekrasova, We’re all Going to the World’s Fair, directed by Jane Schoenbrun, Sleep has her House, directed by Scott Barley; and Murder Death Koreatown by an unknown director.

“Over the past decade, cinematic horror has experienced an incredible heyday. Horror, as a genre that is most sensitive to the manifestations of human anxiety, could not but respond to the new signals of the time, equally restless for political, social, and personal life. We have compiled a programme of the horror films of recent years that shoot for the bottom of our time. Some of the films from this programme were previously shown at festivals in Sitges, Berlin, Sundance, and some of them were surprisingly missed by the cinematic radars. These artworks tell about anxiety of sensing your own body, the disruption to the usual pace of life, the Internet’s darkest corners and swarming conspiracy theories,” say Maxim Seleznev and Marat Shabaev.