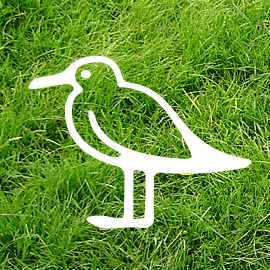 04.07.2016 New Holland Island is pleased to announce that its first phase of restoration and regeneration is nearing completion. It will reopen to the general public in August 2016.

In accordance with a new master plan developed by West 8, one of the world’s leading landscape and urban design firms, and approved by the Investment Committee and the Council for the Preservation of Cultural Heritage of the city of Saint Petersburg, New Holland Island’s phase one launch will feature:


Work will continue on the renovation of the large historic complex of former warehouses, which are scheduled to be fully restored and ready for use by 2025. Nevertheless, the island will now remain open year-round, including during the winter season.

After the recent success of the public arts and culture program Summer in New Holland, lead by Dasha Zhukova’s IRIS Foundation (which most notably supports Moscow’s Garage Museum of Contemporary Art), New Holland Development decided not to proceed with the original plan to construct a new building on the island. Instead, they chose to organize a full-fledged city park, complete with infrastructure with a focus on adaptive reuse.

To implement this idea, they brought onboard leaders in the field of landscape and urban design, the Dutch firm West 8, under the direction of Edzo Bindels. Observation and research conducted during the temporary programs helped inform the new master plan for development of the island. The proposal was first presented to municipal authorities in 2014 and received official approval.

All of the projects listed above have been realized over in a span of only two years. The second phase of restoration and renovation is slated to be completed in 2019. This phase includes the restoration and landscaping of the area around the buildings of Corpus 12, which comprises a total area of more than 15,000 m² along the Kryukov Canal, on the side of Ploshchad Truda (Labor Square).

For inquiries regarding the cultural program, the restoration or renovation of the island:
Adam Abdalla +1 917 453 7853, adam@culturalcounsel.com