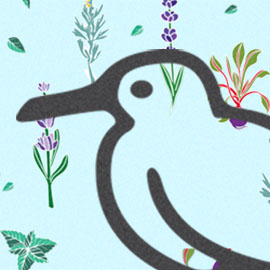 On June 1, 2018, New Holland will inaugurate this year’s edition of its Summer Season. As in previous years, visitors to the island will once more discover an enormous offering of events in the fields of music, film, education, sports and more. Over the course of four months, the park will host more than three hundred events of different formats and scales — from regular lessons to concerts and festivals.

This year, “New Holland: Cultural Urbanization” will continue its collaboration with the Garage Museum of Contemporary Art. On June 12, as part of the series “Mosaic Music,” the Paris-based duo of twin sisters Ibeyi will perform in Russia for the first time ever, gracing the stage with their unique blend of Yoruba folk songs, modern hip hop and socially-engaged lyrics. Another headliner of note will be the American singer-songwriter Leon Bridges, who will perform on July 8.

This year the concert season will kick off on the main stage with the Kito Jempere Band, who will treat the island to a special collaborative program with the Finnish jazz legend, Jimi Tenor, as well as one of the stars of Russian electronica, Mujuice. A live recording of the concert on New Holland will later be released on vinyl. The rest of the season will feature performances by nearly a dozen Russian groups, including hip-hop performer Antokha MC; Race to Space, the electronic outfit fronted by Miriam Sakhon; the duet Leto v gorode (“Summer in the City”); the indie group Videatape; and many others. In addition, both stages will feature concerts of classical and new academic music, while every Wednesday, the courtyard of the Bottle will host a jazz night.

Contemporary dance offerings will include the gala-concert, Mind and Movement, and the Context Festival of Contemporary Choreography, created especially for the island by Diana Vishneva and Studio Wayne McGregor.

Throughout the season, New Holland Island will offer up film screenings under the stars. Among other main events this summer is the Beat Film Weekend, featuring films about current events in the worlds of music, contemporary art, media, street culture, sports and new technology, as well as the Center Festival, an annual celebration of documentary film on urban culture and life in modern society, presented by the Center of Documentary Film.

This year, the educational program Lecture Hall will be organized according to eight distinct themes: a Sunday film club hosted by Séance Magazine; lectures on political and social sciences, organized by the European University; a series exploring film theory; a survey of art in Leningrad, presented in collaboration with the Archive of the Garage Museum of Contemporary Art; the architecture-themed lectures, “Genius Loci”, curated by the magazine Project Baltia; lectures on the social sciences from the Higher School of Economics; “Out Loud,” a program dedicated to the study of sound; and lectures on graphic design, headed up by the design department of New Holland. A separate lecture series will feature leading experts from the State Hermitage.

The lawn of New Holland will offer classes in yoga and contemporary dance, presented by Diana Vishneva’s studio, Context Pro, as well as training from boxing studio Johnny D. Twice a week, an instructor will be on hand at the pétanque court, while every second Sunday of the summer the park will host the chess club, Bobby Fisher. Meanwhile, the big screen will broadcast all the key matches from the FIFA World Cup 2018.

New Holland will also host a performance from the Upsala Circus; the charity festival, Anton’s Right Here; the annual city celebration, Dostoevsky Day; the Lambada Market; the international book festival, Revision; as well as assorted culinary festivals in collaboration with the tenants from the first floor of the Bottle.

In the kiosks along the alley of linden trees, visitors can indulge in New Holland’s very own ice cream, while the Infocenter will be offering up a fresh line of souvenir products. In the pontoon on the water there will be a sandy beach with chaise lounges, while the Frigate children’s playground will re-open on May 14. Cafés, stores, sports studios and beauty salons will operate as usual in the Bottle. The Mayak School of Creative Industries will start up again with its themed summer camps. The restaurant-club Kuznya House and Volkonsky’s delicatessen café DELI will usher in their new seasonal menus with the opening of summer terraces in May.